By Cindy KeatingJuly 1, 2016 No Comments

I saw a series of pictures floating around Facebook last month that put “failure” into perspective. The series of images featured six highly successful celebrities and their notable accomplishments. Ironically, their successes were in small print and their “failures” were more prominent. 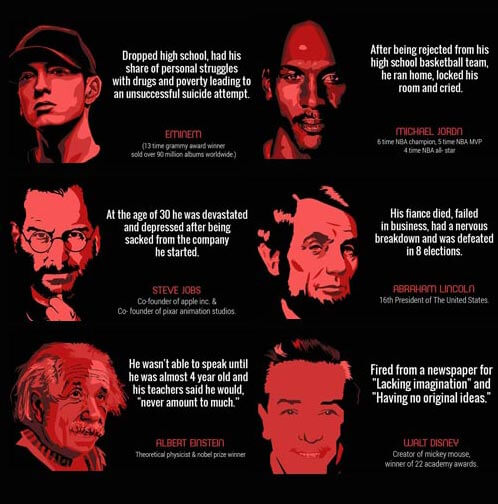 Which of course got me thinking about our so-called Biblical “celebrities.”

Eli was a colossal failure and conflict-avoider as a father.

Samson was a walking impulse-control disorder.

Moses was a fugitive.

John the Baptist had followers disappointed that his congregation was shrinking.

Paul ended up in prison.

Our failures are very often the cement work that become our foundations.

Perhaps you feel like a failure today… like your life doesn’t make sense… like it doesn’t seem to be coming together the way you had hoped or in the way you had imagined…. BUT… as Bob Goff so beautifully reminds us: “God finds us in the holes we dig for ourselves. Where we see failures; He sees foundations.” 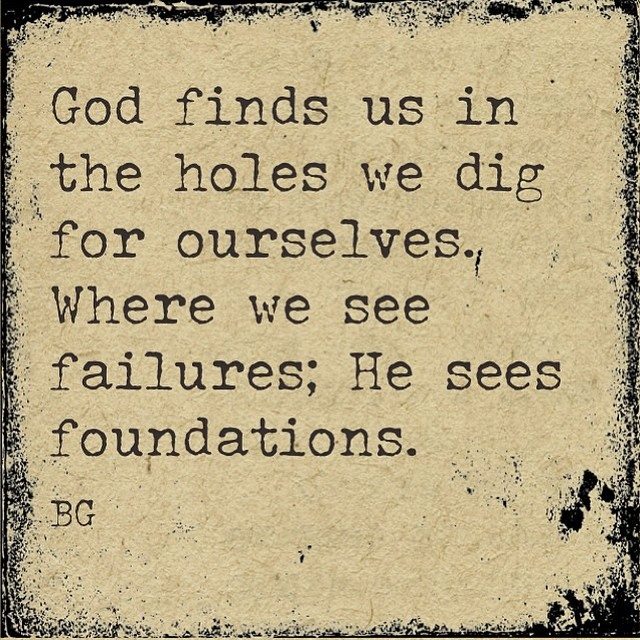 “The steadfast love of the Lord never ceases; his mercies never come to an end; they are new every morning; great is your faithfulness.”  -Lamentations 3:22-23