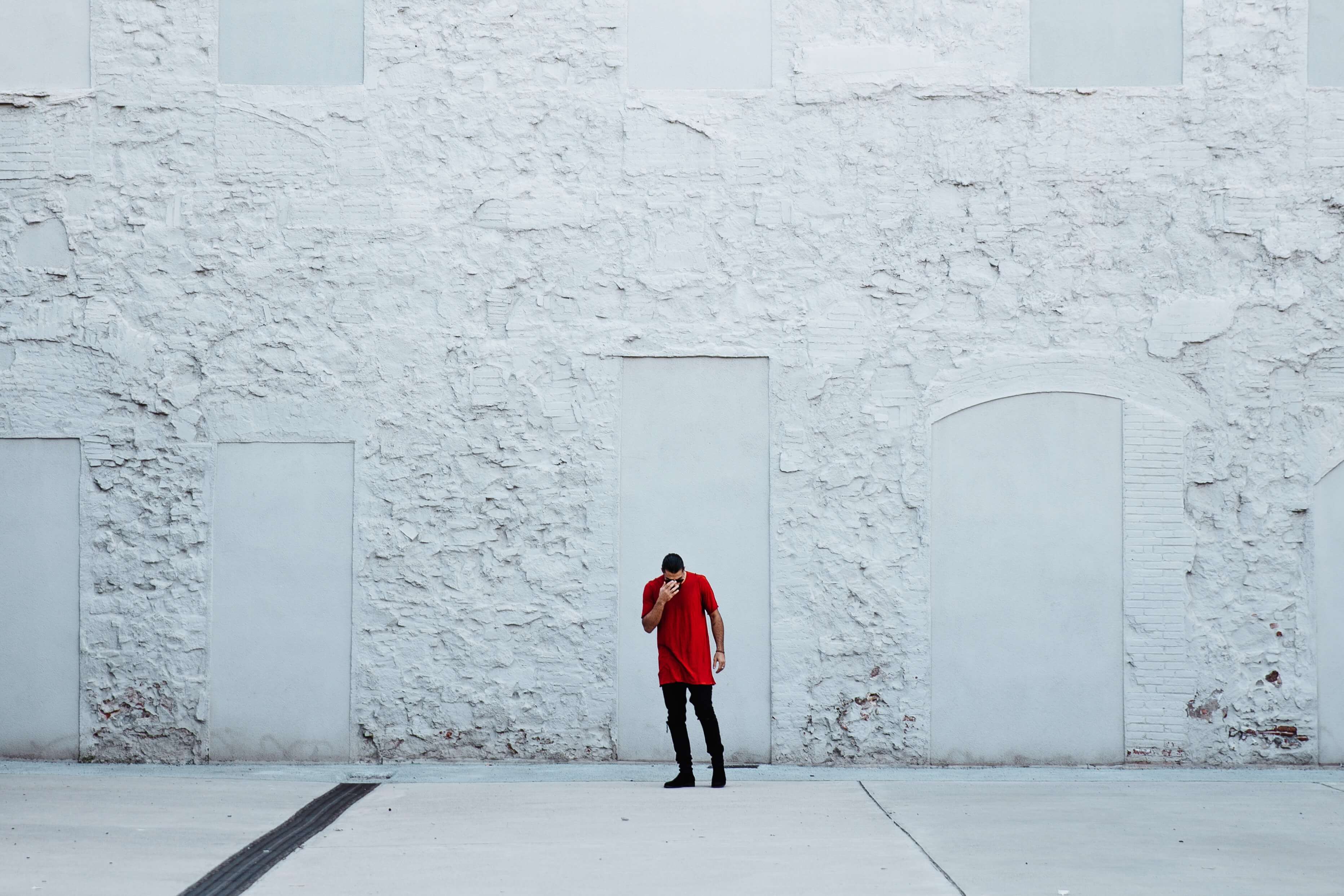 Today’s post is by a friend, Omar Reyes. I reached out to him in hopes he would write a guest post, and I’m so glad it panned out. The way he thinks challenges me and I know this post will challenge you.

But before Omar takes it away, I just have to say, I asked Omar to share some insight today because I know he’s slugging through a particular season that I knew would resonate with a lot of my readers – faith, life uncertainty, and the look of courage. What I wasn’t expecting was for his post to speak so loudly to me. It’s as if he crawled into my brain and formed a post I should have written. Kinda cool. I love when God orchestrates things like that.

With that said, here’s Omar – a guy trying to balance his life as a husband, dad, blogger, runner, eater & mixtaper. Check out his blog: Ordinary Strange.

Faith does not need to push the river because faith is able to trust that there is a river. The river is flowing. We are in it.

I was a full-time pastor for 10 years. Two months ago I was mowing lawns to earn a living. Currently, I’m employed at the Bissell Centre on a six-month contract for a position that has never existed.

With a wife and two kids, you might call this a little reckless and irresponsible. (I might even agree with you). But one thing I will never say is that I’m taking a “step of faith.” I don’t like the connotation behind it, nor do I feel that’s what I’m doing.

Instead, I’m just following a hunch.

When Moses stood in the presence of God, he had the audacity to refuse to join in on God’s rescue operation of the Hebrew people. Even after God’s insistence that he was the right guy for the job, Moses only responded with excuses.

I admire people who blaze trails. But I identify more with faith that reluctantly shuffles towards the unknown while kicking and screaming.

I think Moses weighed his options and realized that he had no options. Either he could risk his life participating in this amazing adventure to rescue millions from slavery, or he could go back to his tent, live his life, and die wondering of what could have been.

God did not appear to me in a burning bush. Instead, he used the voices of people around me to spark a flame in my heart. The more this fire intensified, the more uncomfortable I felt with what I was doing. Serving the local church is great, but there was always a restlessness that I couldn’t shake. It was an ache; a frustration; a longing, a sense that I was living someone else’s life.

Some people are tough enough to pretend and keep walking in the path they’ve come to resent. I’m not that strong. I’m also not very full of faith. At least not in the way some people describe faith.

It seems that some view faith as this heroic, close-your-eyes-and-jump sort of endeavour that few people dare to try. That’s not me. I’m calculated and cautious. Which is why I did everything I could to prevent my fears from becoming reality. I failed miserably. Financial insecurity and diminishing job prospects escalated my stress and anxiety to levels I’ve not known before.

Is it really worth following a hunch?

Dear Omar: thanks buddy. I feel a lot less lonely and a LOT more normal knowing other people are doing “the hunch hustle.” Thanks for writing.

Your Greatest Act Of Faith