I found myself in an interesting conversation last week that found me pondering the word “but.”

Two friends were debating (rather passionately) about what Salvation and the grace of God really looks like.

I could get into the specifics of both sides of the argument, but really, why bother? The details don’t matter. It’s the “but” that matters.

That one little word represented more power than anything intelligent my very intellectual friends had to say.

Because the word “but” means…

“I’m listening to what you have to say, but I’m not really listening because I’m already formulating my own ‘much wiser’ response.”

“I agree you are smart, but I am smarter.”

“I love these kinds of conversations, but I will be the one to get the last word.”

Although it would have been easy to sit there judging them – because let’s be honest, they sounded like a couple of dorks – I didn’t. Instead, I heard God whisper, “You do this to me.”

“I agree with you God, but… I’m pretty sure I can figure this out on my own.”

“I hear what you’re saying God, but… I know myself, and I’m pretty sure I know what’s best for me”

“You have a point God, I’ll give you that, but… I’ve been hurt too many times to go down this road again.”

See what we do?

We think we’re listening to Him, but really we’re formulating our own “much wiser” responses.

We think we’re agreeing with Him, but in actuality we believe we’re smarter.

We love having a relationship with Him, but really we’re just all about getting the last word and having Him do things our way.

See how that works?

There really are no ‘buts’ about it.

“Many are the plans in the mind of a man, but it is the purpose of the Lord that will stand.” -Proverbs 19:21 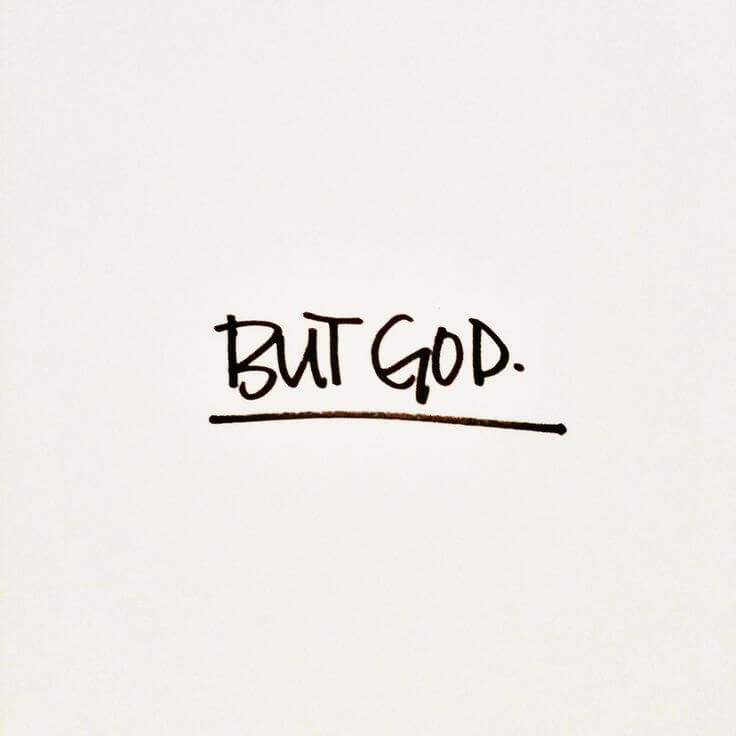